skip to main | skip to sidebar

Ellen Ferris and Sterling King Hixson - A Testimony to Posterity 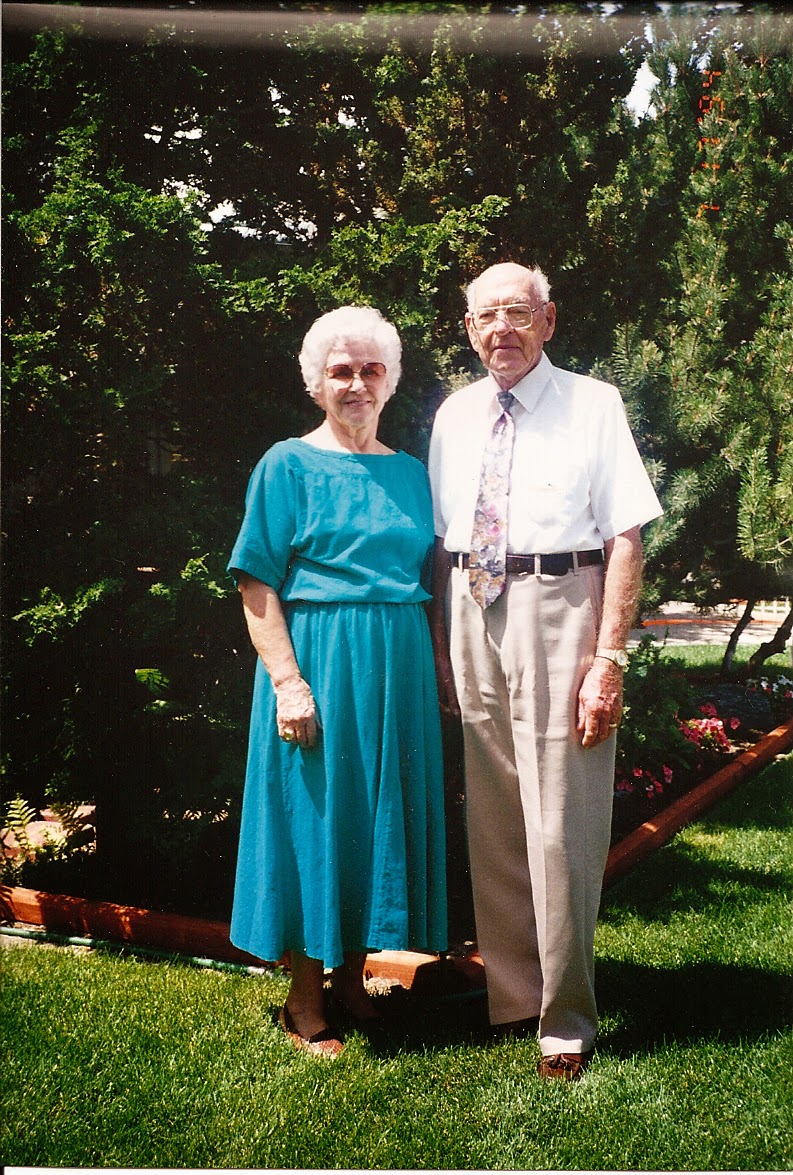 As Father and Mother to our children and their spouses, and Grandfather and Grandmother to their children, we therefore are the Patriarch and Matriarch of our family. We have been married nearly 58 years and as of this date, our posterity numbers 35 with expected great grandchildren yet to be born. It has been our pleasure to have been in frequent contact with all of you over the years. We are proud of your accomplishments and the manner in which you have conducted your lives. We are happy that you are not of the world and its vices and problems, but have chosen to live honorably and to set worthwhile goals. Each of you have or eventually will become Patriarchs and Matriarchs of your own descendants. The responsibility is tremendous. We have sincerely tried to be examples for you, and as we approach the years when uncertainly of the length of our earthly existence is evident, we desire to express our thoughts and testimony. Having enjoyed our earthly life here on earth we ponder what scriptures have revealed that awaits us in the future if we abide by the commandments, especially if one of our lives is shortened and we have failed to live a basic commandment that would prevent progress in the hereafter. Salvation is based on merit and obedience to divine law and therefore is only obtained through compliance with divine commandments. These commandments can only be lived here on earth. It is our testimony that we are children of our Father in Heaven and it is our sincere desire that our descendants will be with us where ever we are so that we will always be a family together. Sterling and Ellen Hixson December 1, 1994
Posted by Richard S Hixson at 3:43 PM No comments:

Grandma Ferris’ Aprons - By Joan Hixson Tibbitts I never knew a day that my Grandma didn’t wear an apron. It was primarily worn to protect her dress, but the apron did so much more. It served as a pot holder for removing hot pans from the oven, and to wipe her brow when the kitchen was hot. In the summer grandma would sit in the shade of the carport and fan herself with the bottom of her apron. Her apron would carry eggs from the chicken coop, vegetables from the garden, and after the peas had been shelled, it carried out the hulls. Grandma had an apron for each day of the week; my favorite was the apron with a pocket hoping for something inside for me. I’ll never forget my grandma and her wonderful old-fashioned aprons. I’ll be wearing one of her aprons this year on Thanksgiving Day. 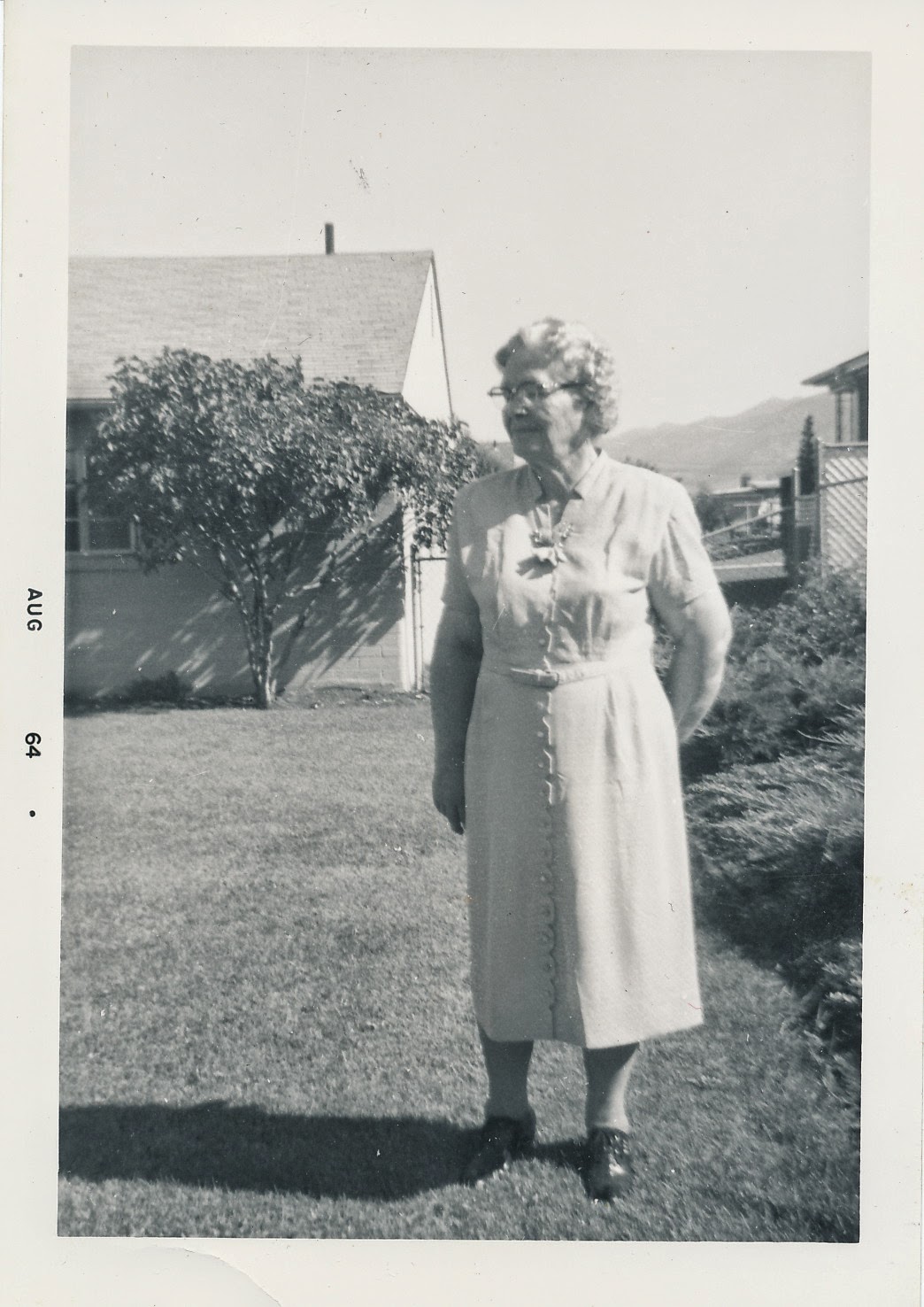 Posted by Richard S Hixson at 3:41 PM No comments: 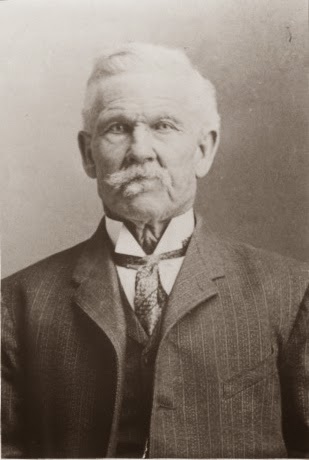 Posted by Richard S Hixson at 3:40 PM No comments:

The Bouquet of the Day presented to Mrs. Josephine S. Grow Scott, broadcast of KSL December 5, 1938. Last evening I took a little trip into the past, I walked - not down the sidewalks you see outside your doors, today, but through sagebrush. There were no high buildings. There were no automobiles. No large homes - just wild, virgin country, whose landscape was broken here and there by little homes. There were children playing around, playing in the streets where they had no fear of oncoming motors or accidents. They were happy - those children. They wore no shoes and their little feet, which were barefoot, showed the fact that they were used to going without shoes - they had to. There was no money to spend for them. When it came time for dinner, often they had to go out into the plains and dig roots. Many times the girls were forced to help in the fields along side of the young boys. But they didn't mind and the most wonderful thing about them all - men, women and children - was that they were happy. You could see it in their eyes and in their strong faces. I suppose you're wondering about this little trip of mine. How did I get there, with whom did I go? I'll tell you. I lived it, in the quiet, pleasant voice of Mrs. Josephine S. Grow Scott, a dear lady of 86 years, who receives this morning, the "Bouquet of the Day". As her voice rose and fell, telling me of her childhood here in this valley, so simply did she speak, and yet so graphically did she portray the scenes of her childhood, that I could indeed almost fancy myself there, actually living what she spoke. Born here in this city just a short while after her parents had come across the plains, she knew all the privations and hardships of those early days. She told us of the time when, her father working in the mill in Ogden, he walked here to Salt Lake, all the way carrying a ten-pound sack of flour. Mrs. Grow Scott added with a smile that she remembers to this day how they all went over to the sunny side of their home and their mother put water in with the white flour - the first white flour she had ever tasted, by the way - put a little water with the flour and let the mixture thicken - and that was their porridge. They couldn't afford to make bread. And as I sat there, looking at her - petite, gentle, and with a world of character in her kindly face, I marveled at her. I almost envied her, the experience she has had - such a rich, full life - the mother of eight children, five of whom she has lost, and now she has 38 grand children and 57 great grand children. She has such a sweet, simple, and beautiful philosophy of life, and such a modest and lovable way about here. Mrs. Grow Scott loves flowers, and told me that she has never had a home that has not been filled with the fragrant, lovely blooms. She is truly a lovely woman and I am proud that we are paying tribute to her today. At this time we say to her - to Mrs. Josephine S. Grow Scott..... "Sit back my dear in your cozy chair, and rest - and dream. Dream of all the yesterdays, which have made today so beautiful for you. Don't regret the grey days, and the heartaches, They have given you patience, and tolerance. They have made you what you are - gentle, yet strong and brave. Sit back my dear in your cozy chair, and rest - and dream." 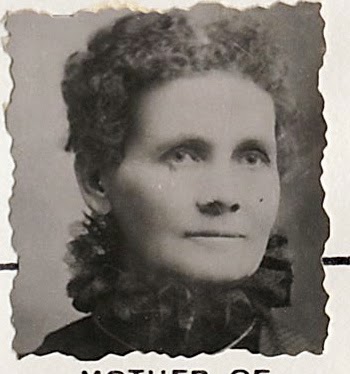 Posted by Richard S Hixson at 3:36 PM No comments:

The earliest known Scott at this time was born in England in the year 1728. His first name was John. No other dates are available and nothing is known about him. Among his children was a son by the name of George, who was born in Heartburn, England in the year 1788. We don’t know anything about George, but one of his sons by the name of John was born September 24, 1819 in Northumberland, England. He married in England and then came to America. His wife was Ellen Easten. They were married on January 24th, 1841. They settled in Pennsylvania and he worked in the coalmines. He was killed in a mine accident. They had 9 or 10 children but all died in infancy except one that was named George Lawson Scott. He was about 10 years old when his folks came to America. George was born in Ellington, England on September 21, 1848. After his father was killed, he and his mother came to Utah with the William Douglas Company. Ellen later married William Douglas but had no children by him. Ellen died in June of the year 1870, here in Utah. George Lawson Scott married Josephine Steeper Grow on May 17th, 1870 in the old Endowment House. He was 22 years old and she was 17. Her father was Henry Grow, who built the great Tabernacle in Salt Lake. He wanted her to marry a man who had several wives in polygamy but she refused to do it. She and her husband were very happy and it was a successful marriage. They had four children, 3 boys and a girl. An epidemic of diphtheria started in the area and the youngest of the four died. The family had purchased some pork from a neighbor and they always felt that the family got the disease from this meat. The girl became very ill and her mother prayed long and hard for her recovery and her prayers were answered. George Lawson Scott was a blacksmith by trade and had a shop at Murphy’s Lane and Highland Drive. In time he sold the shop and worked in the smelters at Murray. He was active in the Church and was secretary of his quorum in the Mill Creek Ward. While working at the smelters, he got lead poisoning. Pneumonia set in and he died on January 3, 1903 in Salt Lake City. My mother was born of this marriage on January 19, 1885. Her history will be included in the Grow report as well as the report of my own life. (Compiled by Ellen Ferris Hixson 1960. Re-typed for digitizing by Richard S. Hixson, April 2006.)
Posted by Richard S Hixson at 3:34 PM No comments: